Supermarkets To Become Energy Efficient With A Simple Update

The biggest bill that grocery stores must pay is the electricity bill. With these buildings having to operate for extended hours, along with their heat-sensitive products that must be refrigerated around the clock, it’s no wonder that most store owners would like to cut down costs where possible. That’s why utilizing energy efficient lighting methods throughout the store can drastically decrease costs across the board.

There are two noticeable characteristics of LED lighting: it is energy efficient and has a variety of products to choose from. Supermarkets that utilize fluorescent lighting may save about 40% in energy if they upgrade to LED fixtures. Even a total of 70% savings are possible as well when replacing metal halide fixtures. 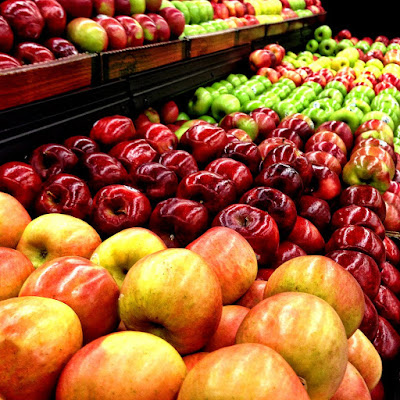 LED lighting also offers up a means of marketing for grocery stores – no other lighting technology offers the amount of diverse color temperatures and optical designs. These benefits can help make the food displays look more appealing to customers. For example, using a warm white color on fruits can make them seem juicier and appetizing. The placement of this lighting is also important, as it can allow you to highlight specific areas in the store. This is helpful when there is a sale going on – you can drive customer’s attention to the sale display through the highlighting of the product.

(Source: EnergyWise)
Posted by City Lighting Products at 6:24 AM No comments:

Bringing Brilliance Back To The Theater

Back during times of Hollywood’s Golden Age, going to the movie theater was an event in itself. Women would wear their best dress, perfectly painted faces, and satin gloves, while the men would wear their best suit in order to enjoy the talents of what are now referred to as “the Greats” -  actors such as Clark Gable, Judy Garland, Lauren Bacall, Frank Sinatra, etc. And the beauty of a grand theater kept these patrons coming back weekend after weekend. Now, the Emperor UA Cinema in Foshan, China is bringing the elegance, style and light back to movie theaters. 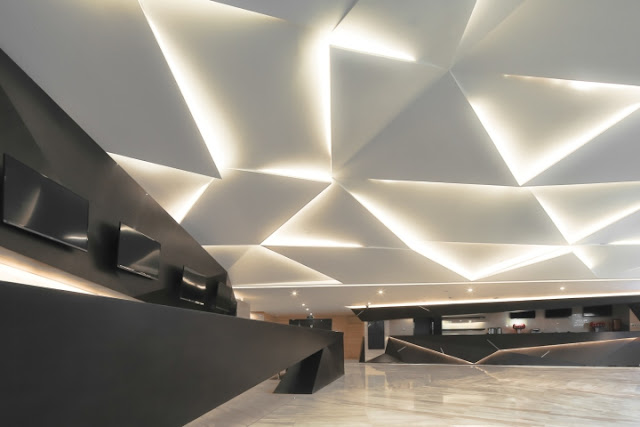 Just like a view in a kaleidoscope, the ceiling uses triangle and rhombus patters to allow light beams into the cinema, which is the first view a patron gets when arriving. The lighting necessary within the theaters are disguised into the hexagonal features of the walls to balance utility and aesthetic. 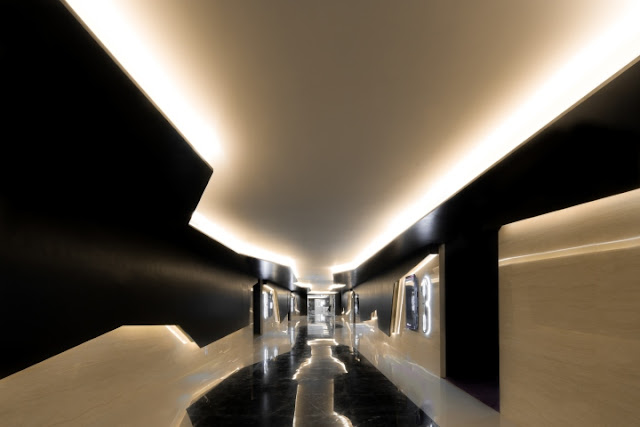 Oft Interiors threw out what they knew about traditional movie theater lighting and brought magic and dazzling brilliance back to the theater. Anyone would feel like a movie star walking into their Emperor UA Cinema. 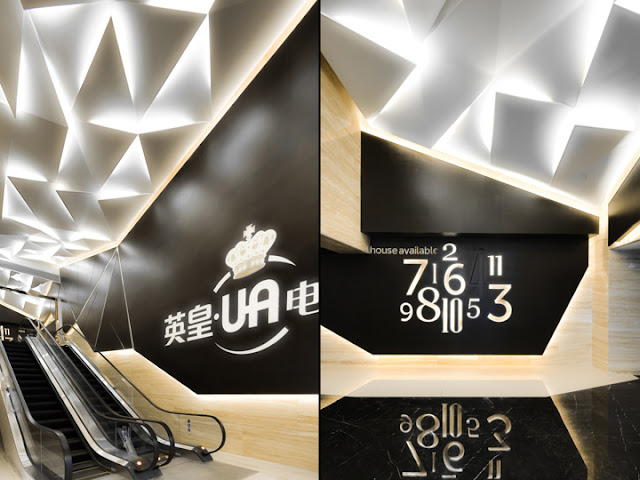 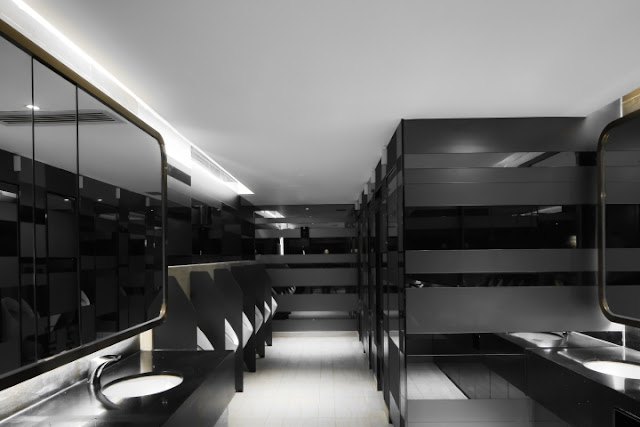 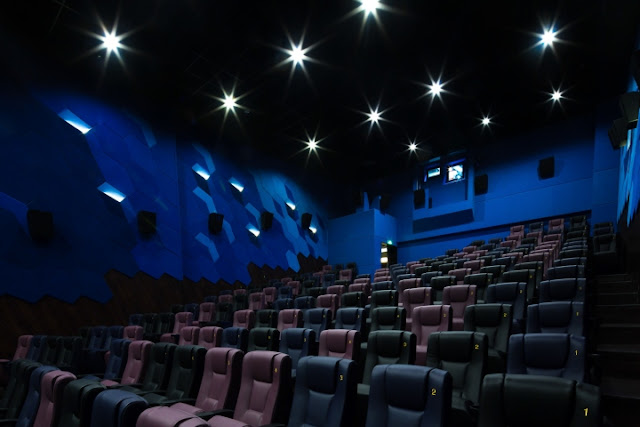 Posted by City Lighting Products at 9:28 AM No comments: