With Valentine’s Day approaching rapidly, you may be preparing to take a big step in your relationship – getting engaged. It’s going to be one of the most exciting moments of yours and your significant others life, so putting a lot of thought into your proposal is key. On a budget after buying the ring? No problem. Create a romantic at-home proposal for your and your sweetheart. We  believe you can create a fairy-tale atmosphere with one simple thing: lighting. Below are some ideas that you can add to your proposal in order to make that “yes” be picture perfect.

Twinkle Light Ceiling
If your significant other is a romantic, a twinkle light ceiling is the way to go. Many sets of string lights are needed for the twinkle light ceiling. Light clips with adhesive backing are excellent for mounting your lights without putting holes in the ceiling. Try using your loved one’s favorite color! Do not mix and match LED string lights with incandescent for consistency. The entire room will look magical when using a twinkle light ceiling.
Rope Light Words
Do you usually get tongue-tied or stage fright when you’re on the spot? Spell it out. Pop the question without any awkward lead up. You will need several feet of ½ inch rope light, the accessories to go with it, and a friend. Plan out a phrase (ie. “Marry Me?”) on the floor and zip tie the letters together where overlap occurs. Then, with a friend, use rope light mounting clips to attach to the wall.

Marquee Lights
A custom marquee sign just for your BAE is a show stopper. Easily make a DIY marquee sign by constructing letters out of a foam board, poster board, and a string of patio lights. 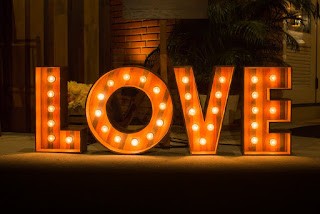 Give yourself a better chance of hearing “yes” by creating an intimate proposal setting with the use of specialty lights.

(Source: 1000Bulbs.com)
Posted by City Lighting Products at 9:31 AM No comments:

Accent lighting in retail stores is used for a variety of reasons, but the overall goal is to highlight certain parts of the store and to convey a specific mood. And LED lights are particularly great for this job because not only do they provide a longer lifespan, but they also offer a different range of color options.

Need some ideas on how to implement accent lighting with LEDs? Check out how you can personalize lighting based off your store’s goals.

Appearance or Luminosity
First thing when selecting proper accent lighting is to determine your goal for the lighting. Do you want to make it easier for people to see details or are you using it just for an aesthetic effect? This choice affects every other decision so it’s important to make this decision first. 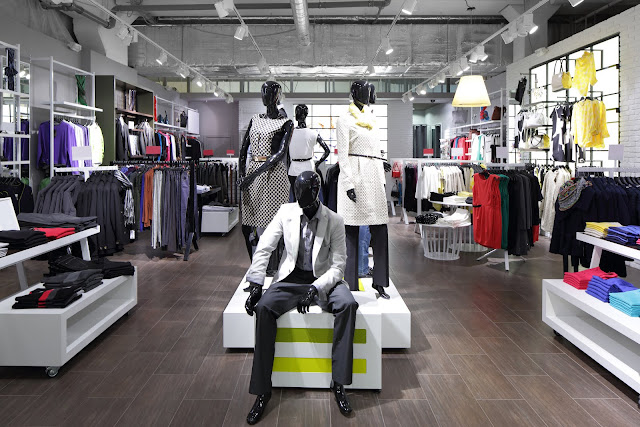 Highlight Special Products
When considering accent lighting, start by looking at your products. Avoid highlighting random shelves or corners where there’s nothing to see. Instead, focus on extraordinary products or deals you are offering. Not every product in your store needs to be accented with its own lights, but utilizing a few accent lights here and there will make a big difference.

Lead Customers
Use accent lighting to pull customers from one area to another through signals and contrasts. Color shifts and LED backlighting are particularly important here.

Be Subtle
Although spotlights are mentioned above, that doesn’t mean you should be utilizing burning bright spotlights as your accent lighting. The LED lamps used should provide soft and quiet illumination, possibly in different shades. Many LEDs can switch colors according to set patterns without creating a glare.

Saving the Environment, One LED At A Time

LEDs were found to be the most impressive and smartest option when it comes to considering the environment. The Environmental Department considered a wide variety of factors, then assessed how much each light bulb affected the air, water, soil, and resources of our planet. They did this with lighting options such as CFLs, incandescent bulbs, and LEDs.

It should be no surprise that smart bulbs consume less energy, last longer, and utilize safer materials than any other bulb. But let’s look at why LEDs excel in every aspect of lighting. 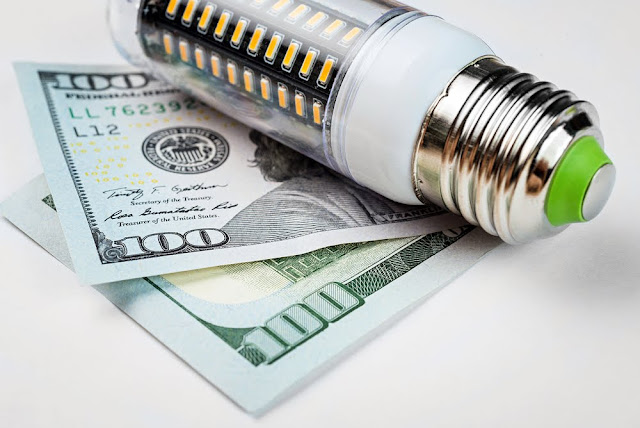 Smart bulbs completely out-rank every other bulbs in this category because traditional incandescent bulbs use up a large amount of energy, losing most of it by producing heat. In fact, 90% of the energy required for incandescent bulbs is lost through heat, which means only 10% is used for actual production of light. And because Compact Fluorescent Lamps (CFLs) lose a lot less heat, they use about 75% less energy than incandescent bulbs to create the same amount of light. Instead of using electricity to heat a filament to produce light like in an incandescent, CFLs sent a bold of energy to create the light. LEDs on the other hand use 80% less energy than incandescent, and 5% less than CFLs. This is attributed to the fact that there aren’t any moving parts in an LED to create light.

Energy saving products such as LEDs help save serious cash on your monthly electric bill, and they also contribute to cutting back on global energy production, making our carbon footprint a little smaller. Expert predict that by switching over completely to LEDs by 2032 could save the United States over $250 billion in energy costs alone.

The benefits of a long light bulb span are very understated. The longer a bulb lasts, the less amount of bulbs we have to produce as a society, and also the less amount of landfill use, production costs, and less transportation need which means more clean air.

The lifespan of traditional incandescent and CFLs don’t come close to measuring up to LEDs. Assuming that each of these types of lights are used 6 hours each day, incandescent bulbs will last around one-third of a year, CFLs would last about 4 ½ years, and smart bulbs? A whopping 11 ½ years!

Safe Materials Used For Our Benefit

Unlike CFLs, which use harmful materials, LEDs stray away from those especially hurting our environment. Fluorescent lights use mercury to interact with electricity to create light, and mercury has some pretty disastrous effects on health. That’s why there is a health concern when a CFL bulb is broken, and also the reasoning behind special disposal procedures. Although it is still important to be mindful of a broken LED, there is no worry of breathing in mercury during clean-up.

Thinking about switching out your light bulbs soon? Go with LEDs to reap environmental and personal benefits.

(Source: Flux Smart)
Posted by City Lighting Products at 10:36 AM No comments: